SACRAMENTO, Calif. – The Regional Water Authority has released a new infographic highlighting water use and efficiency progress in the Sacramento region since 2000.

“Sacramento-area water managers have been working for decades to help make water efficiency a way of life in the Sacramento region,” said RWA Executive Director John Woodling. “This infographic helps demonstrate that those actions were working before the drought, served us well during drought and now are an effective path forward.”

Key facts from the infographic include: 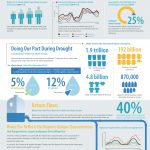 The infographic can be found on RWA’s Web site at https://rwah2o.org/water-efficiency/

The Regional Water Authority (RWA) is a joint powers authority representing two dozen water providers and affiliates in the greater Sacramento area. Its primary mission is to help its members protect and enhance the reliability, availability, affordability and quality of water resources.